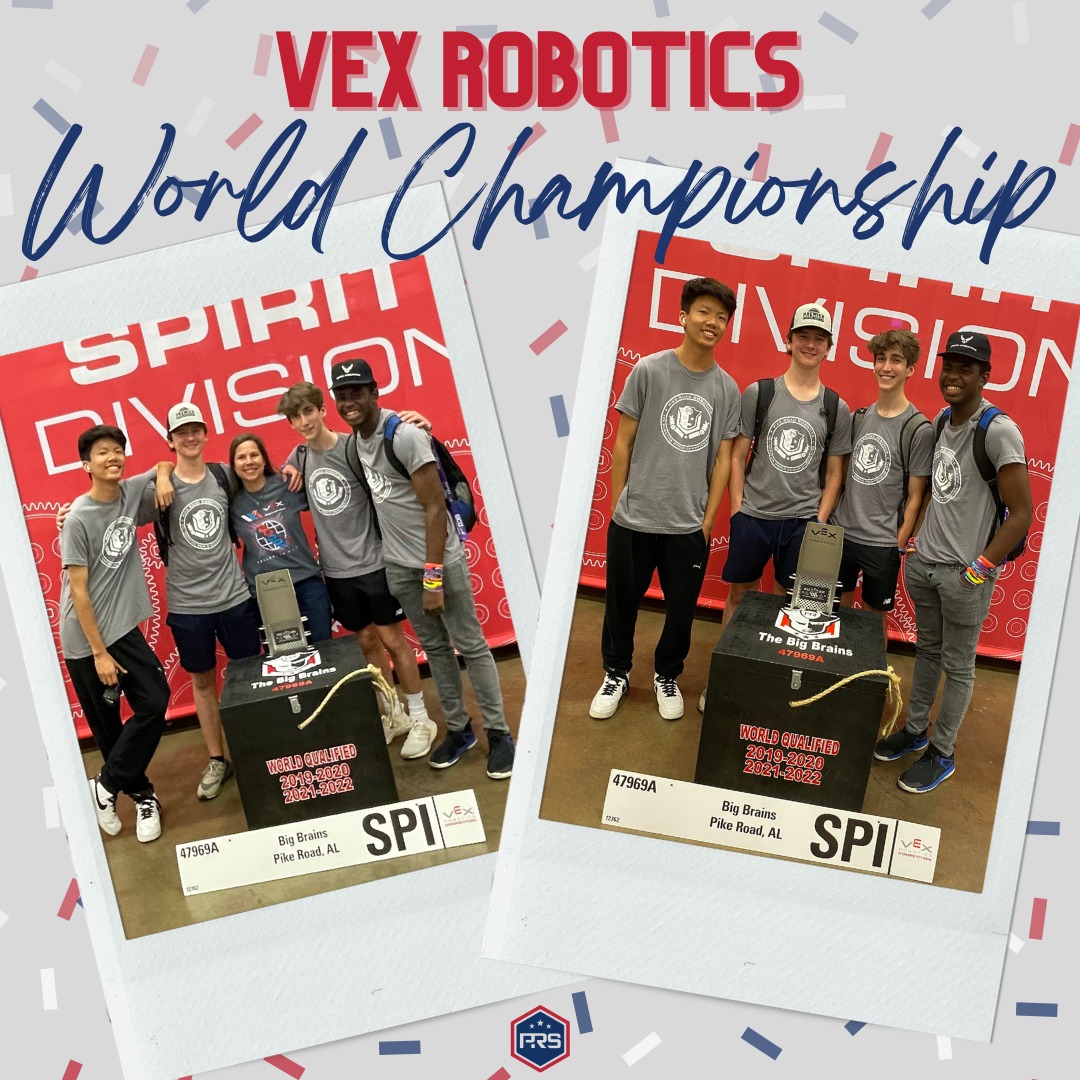 Arius has a deep-rooted belief that the next generation will be the future leaders in emerging technology. Because of this belief, we choose to support our local schools and community. As such, we take great pride in sponsoring school students who are interested in science and technology. Recently, we proudly funded the Pike Road Schools Robotics teams for preparing and competing in the state championships and onward into the VEX Robotics World Championship.

Pike Road Schools had five high school teams and one junior high team competing for 2022. Two of the teams, Big Brains and Mechanized Metal, competed in five tournaments throughout the regular season before representing PRS at the VEX Robotics Alabama State Championship, where they earned a spot at the VEX Robotics World Championship in Dallas, Texas.

The tournament, presented by the Robotics Education & Competition Foundation (REC), the largest and fastest growing school robotics program globally. Each year, teams of students are tasked with designing and building a robot to play against other teams in an exciting, game-based engineering challenge. Students, with guidance from their teachers and mentors, build innovative robots and compete year-round.

Last week (May 3-12) the World Championship brought together over 3,000 teams from 36 Nations. The Big Brains high school team made it all the way to division semifinals, putting them in the top 40 Alliances out of approximately 820 of the brightest robotics teams from around the world.

Corey Gray, Arius VP of Brand Development, said, "In addition to propelling all the way to the semifinals, Big Brains were also awarded the VEX Worlds Sportsmanship Award, which is a prestigious distinction and honor given only to the team that has earned the respect and admiration of the other teams."

"Technology is moving so fast, and we believe that by developing mechanical and electrical knowledge as well as a solid understanding of computer programming - these students will be the next CEOs of tomorrow's Fintech corporations," says Kevin Carroll, CEO and Founder of Arius.

Austin Ohliger, COO at Arius, responded, "On behalf of Arius, Congratulations to the Pike Road Schools Robotics Team. You can count on us for our continued support to push forward on your quest for innovation in tomorrow's technology."